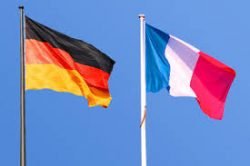 Both video conferences focused on hydrogen and digital issues, including 5G and cloud infrastructure. Germany and France agreed to improve cooperation in these areas and to consider joint projects to be financed by the Recovery and Resilience Facility established by the European Union.

With respect to new digital technologies, the debate focused on the need to strengthen Europe’s industrial base. The goal is to develop and expand digital sovereignty and European expertise in microprocessors, communication technologies, artificial intelligence and reliable and competitive data infrastructure. The participants agreed to jointly examine the possibility of new collaborative projects in the areas of cloud infrastructure, 5G and artificial intelligence, as well as to play a leading role in future IPCEIs on cloud infrastructure and microelectronics.

Read the the French press release